s for the specifications, 5.5-inch display sporting a resolution of 2560 by 1440 pixels, a Qualcomm Snapdragon 820 processor paired with 4GB of RAM, 32/64GB of internal storage and runs Android Marshmallow out of the box. Motorola Moto Z ships with a smaller 2,600 mAh battery while the Moto Z Force comes with a massive 3,500 mAh battery on board. As for cameras, Moto Z comes with a a 13MP camera for photos and videos, and a 5MP front-facing camera while it’s bigger sibling ships with a 21MP main camera and 5MP front-facing camera. 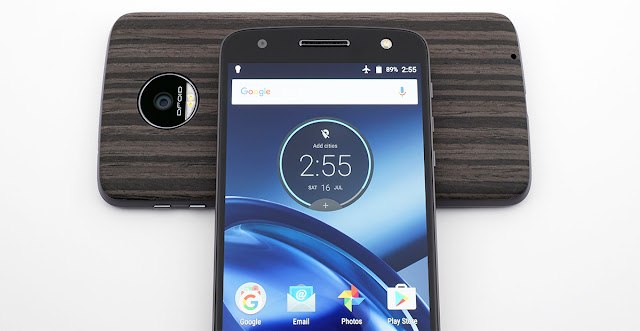 Unlike the Moto X phones, the Moto Z Droids come with a touch-based fingerprint sensor, a convenient security feature for unlocking the phone, authorizing purchases, and making mobile payments with Android Pay.