Published by: Rahmath July 18, 2016 Apple, IOS9
Apple has just released iOS 9.3.3 for iPhone, iPad and iPod touch. The new software update is by no means as interesting or as feature-rich as iOS 10, due to be released publicly in the fall, but it includes some important bug fixes and performance improvements for iOS users.

As always with dot-dot-dot software updates, iOS 9.3.3 doesn’t include any use-facing changes or tweaks, hence it’s 55.8MB size. However, we’ll let you know if Apple decided to surprise us all with sometime totally unexpected in this update, but that’s pretty unlikely.

You can update to the new firmware by going to Settings > General > Software Update, or by plugging your device into iTunes and manually updating that way. iOS 9.3.3 is available to all devices that support iOS 9.

Although this bug fix patch is relatively uniteresting, Apple’s next major update to iOS will feature some significant new features, in the form of iOS 10. 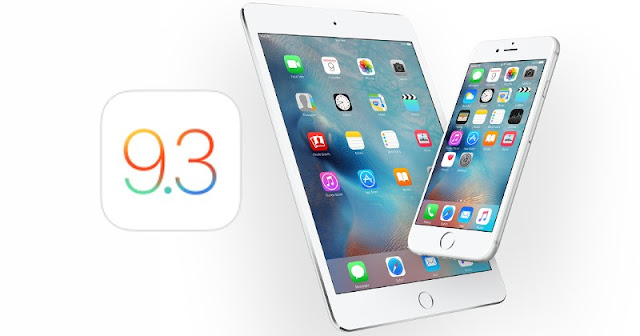 iOS 10 brings a host of new features, including a revamped Lock screen experience, an overhauled Messages app with new functionality and its own App Store, a new Photos app with object and facial recognition, a redesigned Music app, a centralized HomeKit app, and a Siri SDK for developers
source: 9to5mac