Published by: Rahmath July 12, 2018 Galaxy Note 9, Rumors and Leaks, Samsung
Samsung is all set to unveil its next flagship smartphone, Galaxy Note 9 at Galaxy Unpacked event on August 9 in New York City .  The latest leak is of an alleged poster for the Note 9.

The poster for the Galaxy Note 9 was leaked by Ice Universe  on Twitter. The poster might be one of the promotional materials that Samsung will be using during its upcoming Unpacked event.


The picture also shows a stylized S Pen stylus. It is interesting that it is represented in yellow. We can see a design that looks similar to the Galaxy Note 8. the rear fingerprint reader is now below the rear cameras instead of to the right of them like on the Note 8. 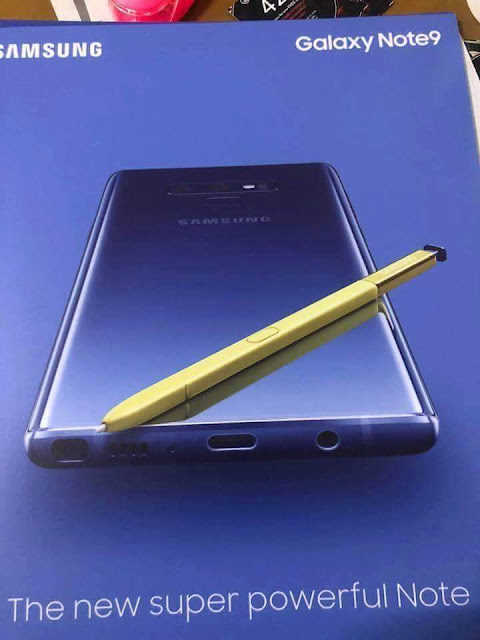 The Galaxy Note 9 has been part of the lots of rumor,  handset to come with a Qualcomm Snapdragon 845 or Samsung Exynos 9810 SoCs, a 6.4-inch QHD+ Super AMOLED Infinity Display with an 18.5:9 aspect ratio,  Maybe, there will be a change with 8GB of RAM and 256/512GB of main memory.
Source: Ice Universe (Twitter)