Samsung has officially announced it will host a Galaxy Unpacked event on Wednesday, August 23, 2017. The unveiling is set to take place at the Park Avenue Armory in New York City at 11:00am EST and Samsung will also stream it live through YouTube.


The Samsung Galaxy Note 8 will come with the stylus (S – Pen) and as per rumors it will feature a 6.3 inch Quad HD+ screen, something similar to the S8 series. 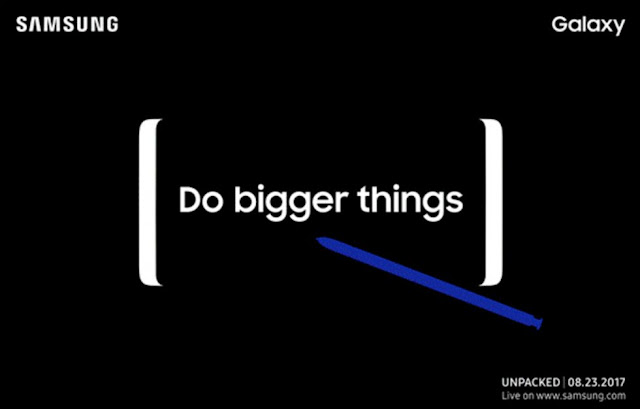 The existing rumors, the Galaxy Note 8 is speculated to adorn a 6.3-inch Super AMOLED display with 64GB and 128GB storage options, dual-cameras, Snapdragon 835 processor, and a 3,300 mAh battery