Published by: Rahmath July 21, 2017 Reliance Jio
Reliance on Friday launched its much-awaited Jio 4G phone, Reliance Jio is coming up with a 4G feature phone at an "effective" price of Rs 0.

Mukesh Ambani-led Reliance Industries Ltd (RIL) on Friday announced the launch of 'intelligent smartphone' JioPhone, which will be available for beta testing from August 15.

Mukesh Ambani announced Jio Phone was introduced as “India ka Smartphone”, for an “effective price of Rs. 0” . customers have to pay a fully refundable Rs 1,500 secuirty deposit while taking a JioPhone. Effectively the cost of the JioPhone is Rs 500 per year 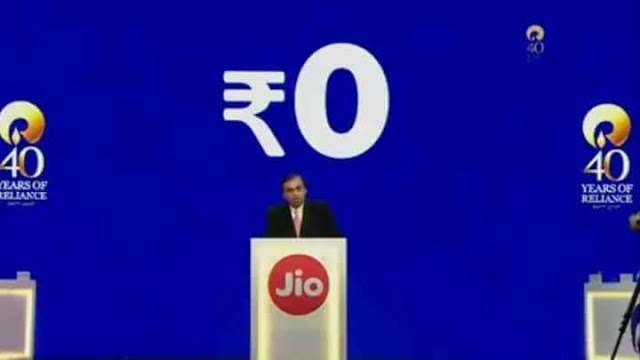 The Jio Phone, although it looks like a feature phone, seems to be running some sort of software that is based on Android. Ambani calls the phone the world's cheapest most intelligent phone 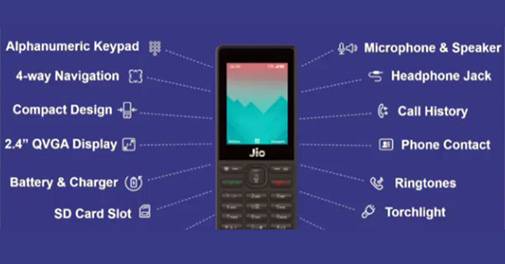