Published by: Rahmath June 04, 2016 Apple Pay, KFC
KFC has announced that it will be accepting Apple Pay as a payment method in all of its restaurants across the United States.

While Apple Pay has had rapid adoption by U.S. banks, merchant support has lagged behind. Indeed two other merchant partners announced at the same time as KFC -- Chili's and Starbucks -- are still without compatibility, even though the latter has long had close business ties with Apple 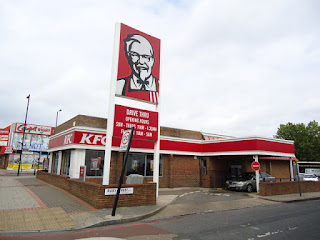 This means that -starting today- those who own either an iPhone 6, iPhone 6 Plus, iPhone 6S, iPhone 6S Plus, or Apple Watch can now use Apple Pay on their device to pay for their order at select bricks-and-mortar KFC establishments, throughout the continental United States.