Google's Project Fi to add US Cellular to Partner Network

Published by: Rahmath June 08, 2016 Google, Project Fi, US Cellular
Google today announced a new Project Fi partner network: U.S. Cellular. The additional coverage will be automatically rolling out to all Fi users “over the coming weeks”

US Cellular will be adding its heft to Project Fi’s other partners Sprint and T-Mobile. This new coverage will be rolled out to subscribers gradually over the next few weeks,

Project Fi, as you may know, was launched on an invite-only basis in April of 2015. Google’s branded wireless product now relies on cell service from a trio of major wireless providers in addition to millions of free, open Wi-Fi hotspots to serve customers. Project Fi automatically selects the best network at any given time down to the city block to provide a seamless consumer-facing experience.
Google also offers a much more customer-friendly payment plan with Fi. Project Fi starts at $20 a month for all the basics (like talk, text, Wi-Fi tethering, and international coverage), and then data is sold separately at a price of $10 per GB. The benefit of this model is that Google credits customers for the data they don't use, so if you pay $40 for 4GB and only use 3GB, the company will give back that $10 difference. The only "catch" is there are only three compatible phones at the moment: the Nexus 6, Nexus 6P, and the Nexus 5X. 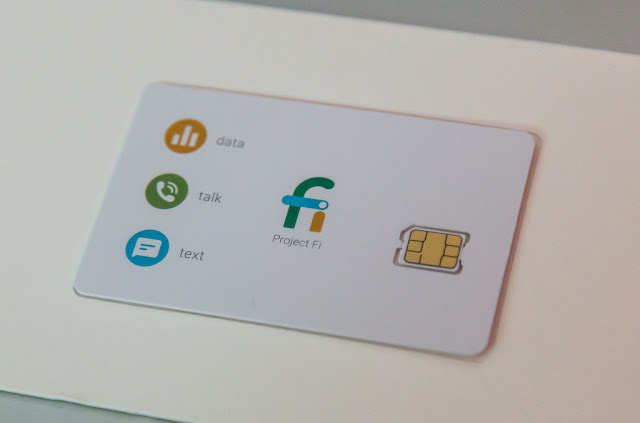 Project Fi will soon be able to analyze and predict the fastest of three cellular networks in your area, reportedly down to the city block, and provide you with service automatically. Google states that Project Fi customers have a connection nearly 99 percent of the time and spend about 95 percent of cellular time on LTE networks.