Published by: Rahmath May 13, 2016 Republic Wireless
Republic Wireless announced that it will accelerate adoption of Wi-Fi first business model by adding a nationwide GSM carrier to its cellular network options and will offer a portfolio of new smartphones. The operator will also provide simple device financing and support customers bringing their own unlocked Android smartphones.

Republic said users of compatible devices will also have access to the nationwide network of its new GSM carrier partner for fallback LTE service when Wi-Fi is unavailable. Though Republic Wireless did not name the carrier, it said the new partner boasts the “fastest nationwide 4G LTE network.”

Republic Wireless is a touch different than most prepaid services, in that it offers what it calls “refund plans” that give subscribers back some of their money based on how much data they didn’t use. The cheapest plan is $10/month and offers buy-as-needed data. Half a gig of data bumps the price to $17.50/month, 1GB takes it up to $25/month, 2GB to $40/month, and 3GB to $55/month. 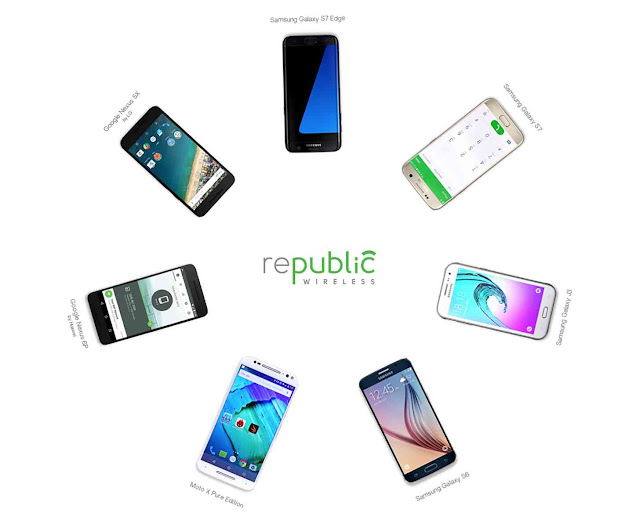 Republic  is also launching a new pricing tier for its subscribers and offering its first device financing scheme. According to Morken,  a $20 per month option that will include unlimited talk and text and high speed LTE data of up to 1 GB. Full details shall be announced in the next  weeks.
SOURCE: Republic Wireless