Published by: Rahmath February 19, 2016 5G, T-Mobile USA
Like rivals AT&T and Verizon, T-Mobile plans to start testing the next generation of cellular technology this year. T-Mobile network chief Neville Ray told Re/code that "They are trying to change the story. Nothing they are doing is proprietary or unique."


AT&T has already been reported to start testing its 5G network as soon as this summer, and Verizon will likely be doing the same. T-Mobile doesn't want to be left behind, but it also wants customers to understand that 5G networks are not coming soon. 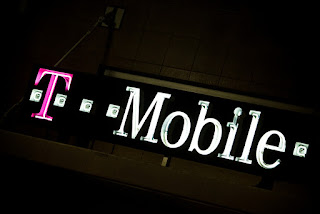 Ray went on to say that T-Mobile would be "be right there with them or ahead." And, in that effort, T-Mobile will start testing on its own 5G network at some point this year. However, T-Mobile was careful to note that their network (and those from competitors) likely won't see the first consumer devices capable of running on the 5G wireless until around 2020.

But the real story, T-Mobile says, is the one that involves the subscriber gains it is making today, largely on the back of an improved LTE network and the fact that it offers free video and music streaming to its customers.
source: talkandroid Via:phonearena