Published by: Rahmath February 21, 2016 Galaxy S7, Samsung
Samsung really, really doesn't want you to wait long to get your hands on a Galaxy S7. The company has announced that both the S7 and the S7 Edge will arrive in Europe and the US on March 11th

The Samsung Galaxy S7 is similar to its direct predecessor in that it has a 5.1-inch, flat Quad HD display, while the S7 edge has adopted a bigger, 5.5-inch screen. It makes the two devices look and feel very different in the hand, and therefore the decision on which to buy will be easier. models are running Android 6.0 Marshmallow with Samsung’s TouchWiz interface. There are couple new enhancements for the S7’s edge swipe features,

The Samsung Galaxy S7 line does not have removable batteries. Instead, to address the battery life deficiencies of last year, Samsung increased the size of the phones’ batteries, up to 3,000mAh in the S7 (up from 2,550mAh in the S6) and 3,600mAh for the S7 Edge (vs 2,600 in the S6 Edge). Those batteries are significantly larger, especially in the S7 Edge, so hopefully the battery woes of the S6 are left in the past. Both phones also retain Samsung’s adaptive fast charging and fast wireless charging features. 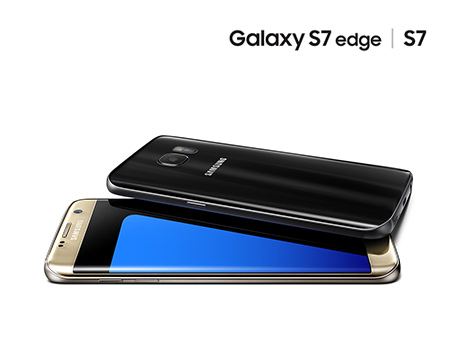 IP68 certification means the phone has some well-tested water and dust resistance, and the all black finish makes it one of the best-looking devices we’ve seen on the Android market for some time.

The devices will hit the market in black, gold, wine red and gray/silver on March 11th with pre-orders due to open up on February 23rd.