Published by: Rahmath February 21, 2016 AT&T, LG G5, Sprint, Verizon Wireles
The G5 has just been announced by LG in Barcelona prior to the start of Mobile World Congress.  Verizon, AT&T, and Sprint said they plan to carry the LG G5. We're still waiting on an official confirmation from T-Mobile, but it will likely offer the phone as well.

We expect that the G5 will be priced similarly to the G4, which means that it might carry a $599 price tag on launch.

AT&T
says they have have plans to carry the phone, but won’t announce details on pricing or a date until later. They are expecting to carry the LG CAM Plus, 360 CAM, 360 VR, and 360 Sound Bluetooth speaker as well.

Verizon
The LG G5 will come in silver and titanium. The LG G5 and select LG companion device modules and accessories will be available this spring.

Sprint
will offer the LG G5 on its recently expanded LTE Plus Network, delivering faster download speeds than AT&T, Verizon and T-Mobile. Device pricing and availability date will be announced soon. 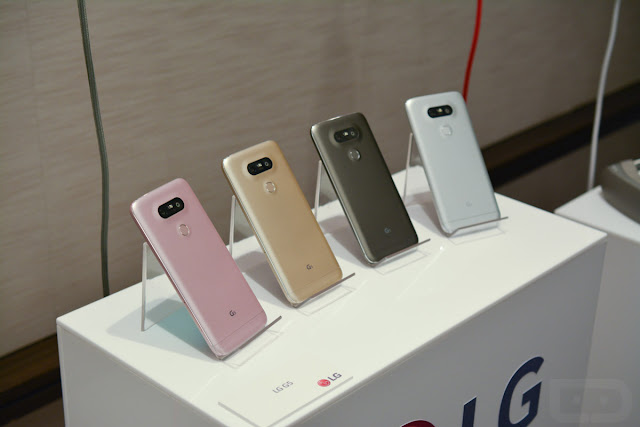