Published by: Rahmath October 05, 2015 Apple, iPad Pro, iPhone 6S
Apple launched the iPad Pro (Apple Pencil and all) at the start of last month, the trail has gone a bit cold for the tablet come laptop wannabe. Cupertino has not said when the device will launch, but a report out of Japan points to an early November launch for the iPad Pro, with the Apple Pencil and Smart Keyboard landing at the same time.

When Apple announced iPad Pro in September, the company did not specify an exact sales date, in lieu saying the giant slate would ship sometime in "November." Apple's official webpages for iPad Pro & its accompanying accessory lineup are still showing "Available November," no alter from last month. 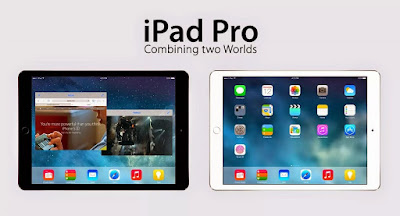 The Smart Keyboard cover, which features a full-size QWERTY layout and is just 3.2mm thin. A proprietary new connector replaces the Bluetooth connectivity on Apple’s previous wireless keyboards for iPad.