Published by: Rahmath September 17, 2015 Mi 4c, New Mobiles, Xiaomi
Xiaomi is of those aggressive Chinese device makers they know. Because of that trait, the name became popular not only in China but also in the United States in the mid-range category

The company has released a teaser image on Weibo, which also revealed the name of the upcoming Xiaomi Mi variant – Xiaomi Mi 4c.

This Xiaomi Mi 4c is finally confirmed but the company has yet to make the official reveal next week on Sept. 22. The Xiaomi Mi 4c will be a variant of the Mi 4 and has appeared earlier in leaked images, revealing its key specifications and features.


The Mi 4c is expected to have a five-inch 1080p touchscreen display, Qualcomm's hexa-core Snapdragon 808 on chip,  2 GB of RAM with 16 GB of internal memory or 3GB of RAM with 32 GB storage. There are also talks of a 64 GB variant, yet it's still uncertain how much RAM the bulkier model will have, Xiaomi's upcoming handset will pack a 3080mAh battery and run on the company's latest MIUI 7 build. 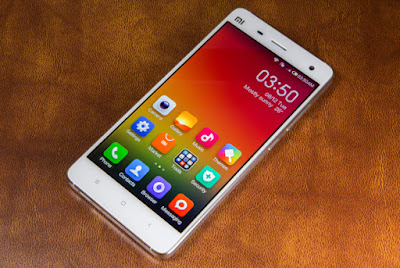 According to a Xiaomi informant on Weibo via Xiaomi Today, the price of the Mi 4c will start at roughly $235 .The source stated that the revealed prices apply to both the 16 GB and the rumored 32 GB variant of the Mi 4C. It was not specified how much the 64 GB variant will cost.
SOURCE: MIUI