Published by: Rahmath August 29, 2015 Apple, iPhone 6S
Apple is staging a large event on September 9 that likely will reveal the iPhone 6S & 6S Plus And then the actual release date is expected to follow on or before September 18.

Rumors have it that for iPhone 6S and iPhone 6S Plus Apple will be adding a new pink colour option to the existing Space Gray, Silver, and Gold colours that it used for iPhone 6 and iPhone 5s. The latest report confirms that the new gen iPhones will actually come in a new colour, which is Rose Gold not only in appearance but name as well.


A number of reports over the last few months have suggested the iPhone 6s and also 6s Plus will be available in a color option that will hasn’t been made available previously. A variety of analysts and insiders had referred to this new shade as likely currently being “pink“. Others disagreed using this and vehemently believed that the “rose gold” option will be on the agenda once the device is formally unveiled. 9To5Mac is reporting the latter is appropriate, with a variety of sources confirming the iPhone 6s comes into play a color that's “unmistakably Rose Gold”. 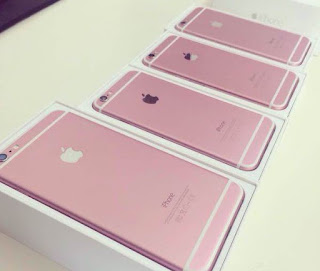 Leaked images reportedly show rose gold iPhone prototypes, but since Apple has not issued an official comment it is impossible to say whether the reports are true, or if the photos were edited on Photoshop.
source: 9to5mac via: redmondpie