Published by: Rahmath July 21, 2018 Galaxy Note 9, Rumors and Leaks, Samsung
The leaks keep on coming ahead of the official Samsung Galaxy Note 9 launch on August 9, Previous rumors also revealed the color options that we will get when the phablet will launch. reports suggest that the handset will be released on August 24 once pre-orders begin on August 14. 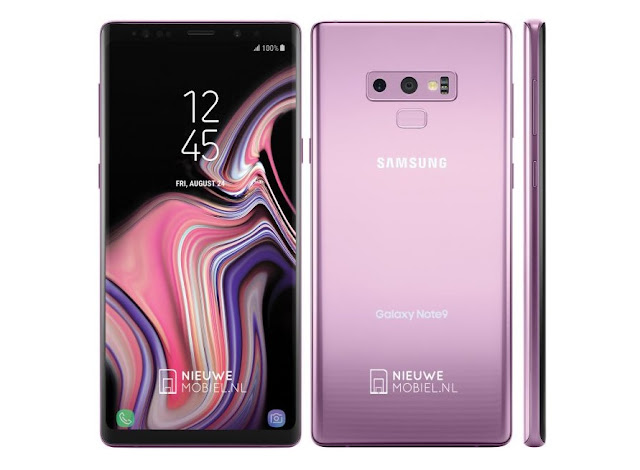 The new rumour comes in line with the reports highlighting a horizontal dual rear camera on the Galaxy Note 9.

The Galaxy Note 9 is expected to hit the market carrying a 6.3-inch Super AMOLED display, with a resolution of 1440 x 2960,  It will have Qualcomm’s Snapdragon 845 for US variant, the phone will come with 6 GB of RAM. , the phone will come in three memory variants including 64GB, 128GB, or 256GB of internal storage
Source: NieuweMobiel