Published by: Rahmath September 10, 2017 Apple, iPhone X, Rumors and Leaks
Apple’s newest iPhone is coming soon, Apple’s highly anticipated event on September 12 starts in just over 30 hours from now. The pressure is on Apple, too. It’s the 10th anniversary of the first iPhone, launched in 2007,  Rumors say that Apple will be releasing an iPhone 8 and 8 Plus alongside the iPhone X

Apple’s 10th-anniversary iPhone model could be known as iPhone X. While nearly everything about the iPhone X will be different, all everyone will be talking about is the design. Wall Street analysts hope that the new iPhone X, which could cost over $1,000.


The iPhone X is the premium version with an all-new design, crisper OLED screen, improved cameras, and a 3-D facial recognition scanner for unlocking the device. iOS developer Steven Troughton-Smith says that he found the mentions of the iPhone X in the next version of Apple’s software. The iOS firmware also mentions a phone under the D22 codename with a bezel-less display

Apple's iPhone X is rumoured a complete redesign which may possibly feature wireless charging, an iris scanner and a fingerprint scanner, however the hefty price tag may deter Apple fans


The iPhone X rumoured to be a 6-core, 10nm chip produced by TSMC, with at least 3GB of RAM. Apple has never strayed away from fixed storage on its phones, so expect some variant of 32GB, 128GB and 256GB storage. 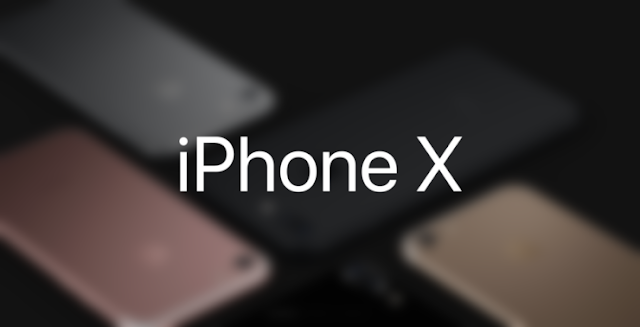 Reliable reports say iPhone X will be Apple’s first OLED iPhone, meaning that each pixel directly produces light rather than being backlit like an LCD display.