The renders come courtesy of @OnLeaks, who's establishing a reputation for revealing details about upcoming phones, The biggest differences between the two models come on the front of the phone, it looks downright boring next to the bezel-slimming designs of LG’s G6 and Samsung’s Galaxy S8.  It’s rumored that LG is manufacturing both the Pixel 2 and Pixel XL 2. 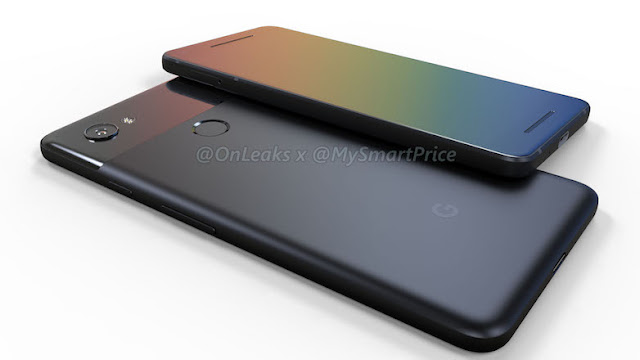 The Pixel XL 2 is poised to be the true flagship of Google's hardware offering. Pixel 2 and Pixel XL 2 are rumoured to feature  a Snapdragon 836 processor that would make it even faster than its rivals with screen sizes of 4.95-inches and 5.99-inches respectively, 4GB of RAM, 64GB and 128GB storage