Published by: Rahmath March 21, 2017 Apple, iPhone 7
Apple announced Tuesday that it will sell a special edition Red color of the iPhone 7 and 7 Plus, as part of the company’s partnership with (RED), an organization that raises money for AIDS.


The special edition iPhone 7 and iPhone 7 Plus  available to pre-order on Friday March 24th – with the new iPhone models shipping to customers by the end of March.

Apple is the world’s largest corporate donor to the Global Fund, contributing more than $130 million.  the company has supported AIDS charity Product RED for the last 10 years. 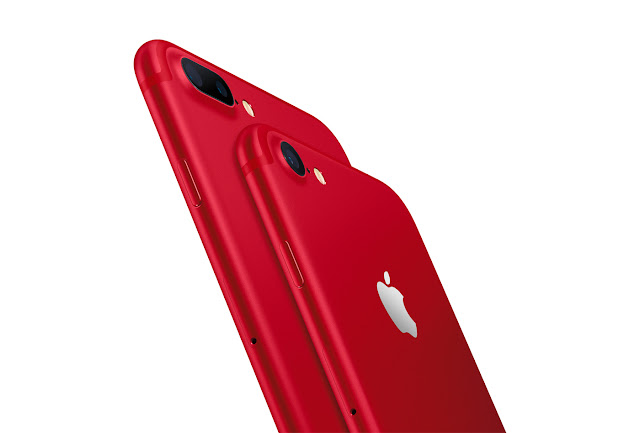 Apple says the model is in recognition of more than 10 years of partnership between Apple and (RED), which it says gives customers a way to contribute to the Global Fund and "bring the world a step closer to an AIDS-free generation."

Apple also announced that the iPhone SE will be available in 32GB and 128GB models – replacing the replacing 16GB and 64GB models currently available – from 24 March.
Source: Apple