Published by: Rahmath December 14, 2016 OnePlus 3T
The OnePlus 3T is receiving its first major update and before owners start jumping up and down, no, it’s not Nougat. Instead, it’s OxygenOS 3.5.4, bringing cell operation optimizations, plus other various bug fixes. OxygenOS 3.5.4 is now rolling out to a OnePlus 3T close to you, and it is still based on Android 6.zero.1 Marshmallow unfortunately

OxygenOS 3.5.4 represents the second software update that the OnePlus 3T is receiving since the phone first hit markets around the world, back in November. Of interest to US owners of the 3T, the new update optimizes the handset to work better on T-Mobile's network. 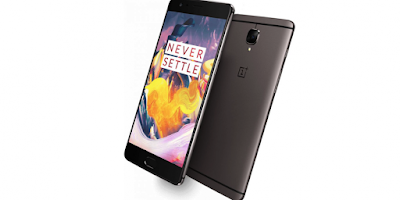 Going back to today's release, this comes with optimizations for T-Mobile US, reduced lag when the battery is under 5%, better Bluetooth connectivity for Mazda cars, and increased overall system stability. GPS and orientation preferences will be restored once you go out of battery saving mode, and a flashlight usability issue has been fixed in WhatsApp. Additionally, "various bug fixes" have been implemented.
Source: OnePlus via phonearena