Published by: Rahmath August 02, 2016 Gear 360, Samsung
Samsung has confirmed that its Gear 360 camera - which was announced at this year's Mobile World Congress (MWC) ,  Samsung announced the launch of Gear 360 may be extensive on-line publication US-August 19, The company has made this announcement after introducing its new flagship handset the Galaxy Note 7 in New York

The device costs $349 and is the first 360-degree camera Samsung has come out with. It was announced earlier this year and is already available in South Korea, Singapore, and New Zealand.

The device weighs just 153 grams, making it a lightweight. The Samsung Gear 360 is a spherical camera with two F/2.0 fish-eye lenses. It is able to capture 195-degree photos and videos. These can then be stitched together to form a 360-degree picture. 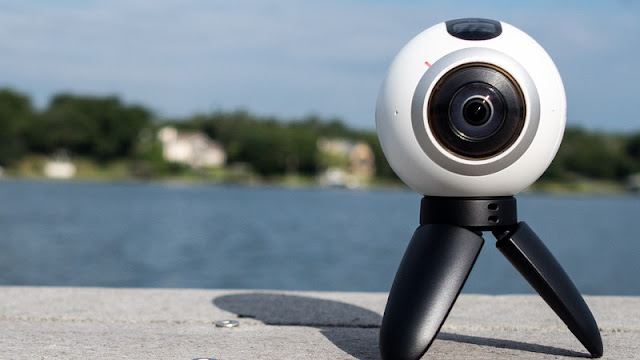 The Gear 360 can capture 360-degree photos and video at 3840×1920 resolution, making it an ideal companion for something like the Gear VR. If you’re not solely interested in capturing video, the camera can capture 30-megapixel images in dual lens mode.