Published by: Rahmath June 23, 2016 T-Mobile USA
Traveling to Europe this summer? If you're a T-Mobile customer, you shouldn't have to worry about data.

T-Mobile has announced a new promotion that will offer postpaid customers free unlimited high-speed data, at up to 4G LTE speeds, in all European countries, except Andorra, between July 1 and August 31 of this year.

The company announced today that starting July 1 and running through August 31, travelers who have T-Mobile's Simple Choice plan while in the US will have access to high-speed 4G LTE networks across the continent.

Calls in European countries will be 20-cents per minute, but users can use apps like Skype, WhatsApp, FaceTime or Snapchat to make calls with friends. You can also use your phone as a wireless hotspot for other devices with unlimited high-speed data for no additional charge. T-Mobile's Simple Choice plans start at $50 a month (plus taxes and fees) for 2GB of high-speed 4G data, with no fee if you use more. Unlimited texting and calling are also included. 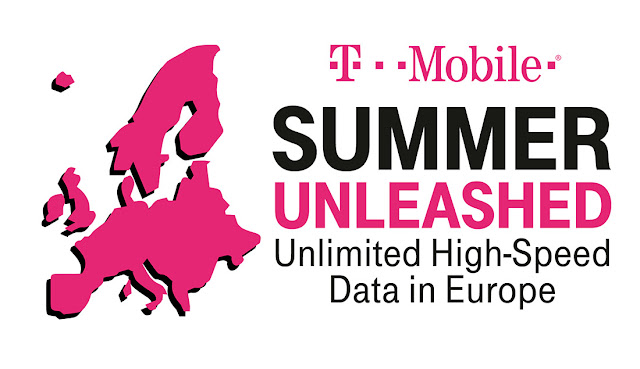 T-Mobile will be adding Belize to its Simple Global coverage area starting July 1, bringing free unlimited low-speed data and texting, and calls for 20 cents per minute, to the country. The expansion means that Simple Global will now be available in every country in the central and south Americas.
source: T-Mobile