Published by: Rahmath May 23, 2016 Samsung Galaxy S5, T-Mobile USA
There is a happy news for T-MObile S5 users. T-mobile releasing a new big update for its Galaxy S5 users that is Android 6.0 Marshmallow.gsmarena reprots,

T-Mobile finally announced and started rolling out Android 6.0 Marshmallow for its Galaxy S5. Please note that the South Korean, Trinidad & Tobago, and Sprint versions and Global version of Galaxy S5 have already been feasted with the Marshmallow upgrade. Note that T-Mobile announce that the upgrade includes the “device slowness fix” which is a good news for all its customers. 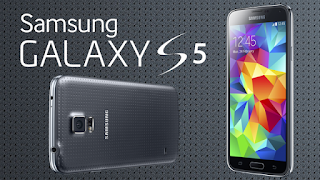 The new release is software version G900T3UVU1GPE1 or G900TUVU1GPE1 depending on which Galaxy S5 model you have. In both cases, the download should be around 1GB in size, so you will need to fetch it via Wi-Fi. Alternatively, you can go with Samsung Smart Switch for PC if you want to use a computer for the installation. you can update manually. To update manually, go into Settings > About device > Software update, or load up Samsung Smart Switch on your PC.
Source: T-Mobile