Published by: Rahmath May 17, 2016 Moto G4, Motorola
Motorola has finally revealed the first new smartphones for its 2016 line-up by announcing the fourth generation of its popular budget handset, the Moto G. The company has brought two variants to the table this year, the G4 and the G4 Plus

The release schedule for both new phones starts with limited markets. The Moto G4 will launch today in Brazil, while the Moto G4 Plus will be available beginning today in Brazil and India. Motorola plans to see the devices launch in other markets in North America, Europe, Latin America, and Asia Pacific at some point in the future, but no specific dates were provided.

Unfortunately Lenovo isn’t sharing pricing and availability information for the U.S. just yet.The devices will launch in Europe next month with UK pricing starting at £169 (about $243) 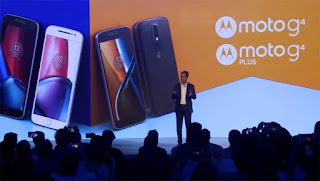