Eric Schidmit, executive chairman of Alphabet and a former Google CEO, harvested $8 million in total compensation in 2015, down 93 percent from $108.7 million in 2014.

Indian-American Sundar Pichai took over the helm at Google in August 2015, after the company announced a huge reorganization to a larger structure named Alphabet, with Google being one of many branches in the big company.

The former deputy of co-founder Larry Page was named to run the search engine unit following the reorganization into a holding company last year. Following that promotion, Alphabet in February awarded him restricted shares valued at $199 million 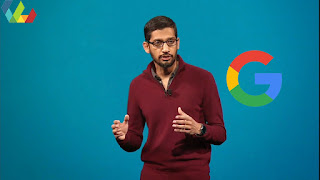 Pichai, a longtime Google executive who previously ran the Chrome and Android businesses, has been described by colleagues we spoke with as "the better day-to-day CEO" compared to his predecessor and Google cofounder Larry Page.

Pichai also received 273,328 Class C shares in February that will vest in quarterly increments through 2019 if he remains on the job, according to a previous filing. That will ensure he remains one of the highest-paid U.S. executives