Published by: Rahmath January 14, 2016 Apple, IOS9.3, iPhone
Apple today released the first beta of an upcoming iOS 9.3 update for public beta testers, just a few days after seeding the iOS 9.3 beta to developers. iOS 9.3 is available to public beta testers alongside iOS 9.2.1, a minor update that is also in testing

The public beta version of iOS 9.3 for non-developer testers is now available. The first iOS 9.3 beta was first released earlier this week to registered developers and includes a number of new mid-cycle features and enhancements. These include secure passwords and Touch ID protection for Notes, a new Night Shift feature to adjust display temperate in the evening, and expanded 3D Touch quick actions on the latest iPhones. iOS 9.3 Beta 1.1 is also available for registered developers 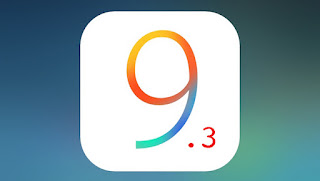 iOS 9.3 is a major update to the iOS 9 operating system, introducing a long list of new  and improvements. iOS 9.3's biggest new feature is Night Shift mode, which is designed to automatically cut down on the amount of blue light an iOS user is exposed to at night by shifting to more yellow tones for the iPhone or iPad's display. With iOS 9.3, there's a number of changes for educational users, and the iPhone is now able to pair with multiple Apple Watches.

With iOS 9.3 you'll be able to secure all your notes—especially the ones that might contain private personal, medical, login, or financial data—with a password or with Apple's fingerprint identity sensor, Touch ID.