Published by: jinu September 26, 2015 Android, Google, Google Nexus 6P
Google is releasing two Nexus phones in this year.Refreshing both their 5 and 6 inch models. The second of these models comes from an unlikely source, Chinese manufacturer Huawei. While Google has traditionally partnered with the mainstream OEMs for their Nexus line.this is the first time that a Nexus phone will be handed over to a manufacturer like Huawei.One of two Nexus devices that are due to be launched on September 29.

The Huawei Nexus 6P has a 5.7-inch display, and two front facing speakers like its smaller cousin, the Nexus 5X. Features a camera fitted inside a black bar that spans the entire width of the phone. This lends it a distinctive look, but also means that you will never really be to lie the phone flat on its back. There is also a fingerprint sensor.


The phone sports an HD AMOLED screen, as opposed to the IPS LCD display of the 5X, a top-of-the-line Snapdragon 810 with a 3,500mAh battery – larger than even the Motorola Nexus 6.There haveno reports about cameraresolution.but we assume it's about 13MP range.The earlier reports said 3GB RAM, but an Amazon India listing said 2GB, so that will remain up in the air till the official announcement. However, 2GB of RAM will be extremely disappointing at this point. 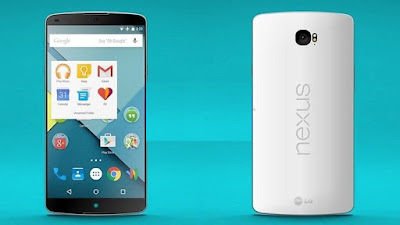 The phone is expected to launch in silver, white, black and gold colours.Interestingly, rumours indicate that the Nexus 6P will come in 32, 64 and 128GB models.Nexus 6P is reported to be priced in a more premium range,current rumours put it at around $649. Android Police states that we should “expect a $50-100 price premium at each increased storage level.”