Published by: jinu September 26, 2015 Galaxy S7, Launch, Release Date, Samsung
The Samsung's upcoming Galaxy S7 smartphone will not be released until February 2016, followed by the official release in February.According to previous reports on the upcoming Galaxy S7, Samsung's next flagship smartphone will be developed using the agile development methodology, which vouches for incremental development of project. This methodology will apparently help in accelerating the device’s development cycle.

The Samsung Galaxy S6 and the Galaxy S6 Edge released at the beginning of 2015 proved to be two of the most exciting handsets on the market right now and we gave them both near on perfect reviews with only a few little problems on each letting them down.


It's exciting to think what Samsung will be able to pull off with its new found lease of design changes and many other features.It is traditionally held sometime in between February and early May. Following the announcement, the smartphones hit the store shelves in April. 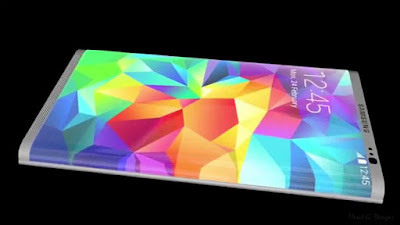 Moving on to the rumored Galaxy S7 specification and features, the device will reportedly be powered by either a Qualcomm Snapdragon chipset or Samsung’s own Exynos M1 / 8890 SoC. There will be two variants of the S7, including a flat model and a curved-edge version similar to Galaxy S6 Edge. Other reported features include a microSD card slot along with UFS 2.0 storage, improved camera sensor and magnesium alloy unibody design.